Yesterday, Maine was treated to the cruelest April Fool's joke imaginable. Winter weary already, we were treated to a Nor'easter dumping almost another foot of wet, heavy snow up on us.  A large cedar beside the house fell, taking down the phone and electrical lines.  I won't whine---much, but staring out at the dirty melting white stuff, I've made a decision.  Nothing but gardens in the blog for the next few days.
Ashdale Farm, the Stevens-Coolidge estate in North Andover Massachusetts, is one of the loveliest, and most perfectly maintained public estate gardens in New England---everything about it looks as it should, the highest praise the Dilettante can give---and too seldom do I get to these days. 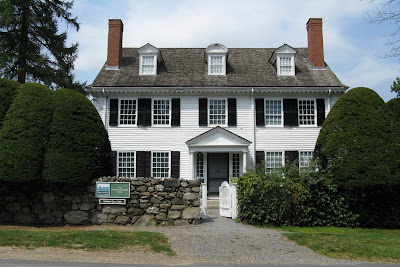 The property had been in the Stevens family since 1729.  After Helen Stevens' marriage to Joseph Coolidge, a great-great grandson of Thomas Jefferson and nephew of Isabella Stewart Gardner,  the farm became their country estate, from 1914 to 1962.  They had architect Joseph Everett Chandler remodel the house, which comprised two Federal era structures, simultaneously making it more comfortable for modern life---combining smaller rooms into larger, adding a bow front bay to the rear of the drawing room on axis with the gardens, also designed by Chandler---yet making the house even more 'Colonial' in spirit than it had been before. 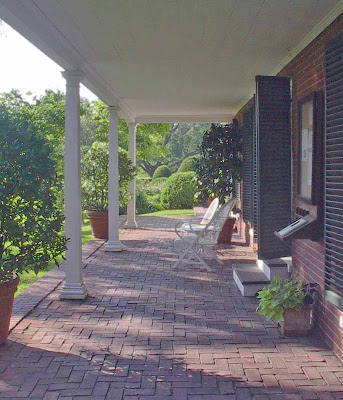 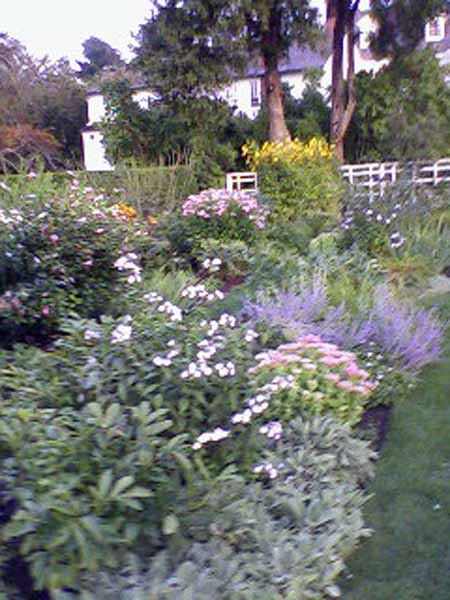 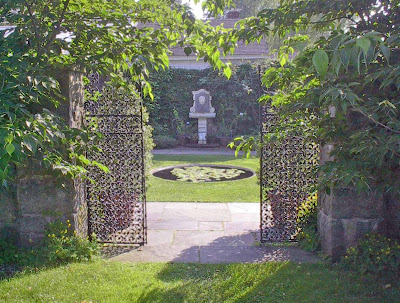 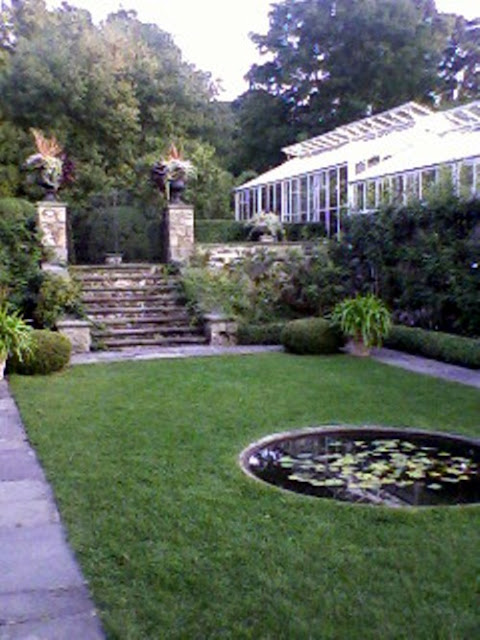 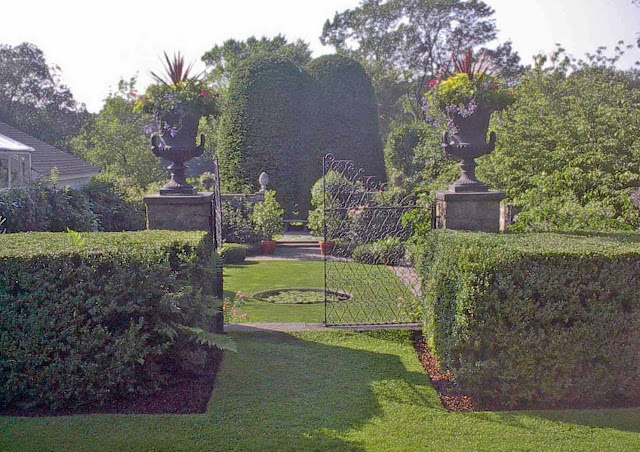 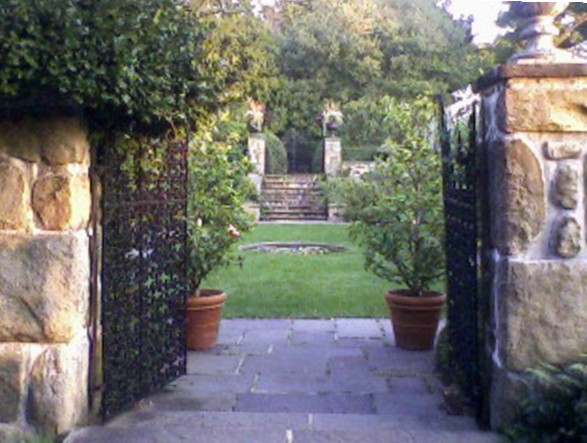 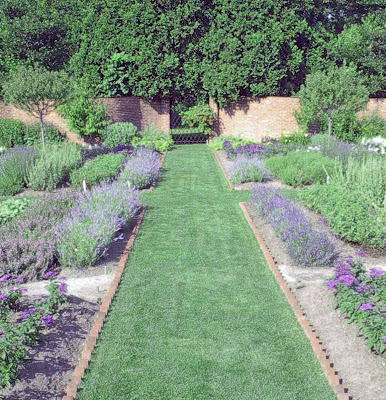 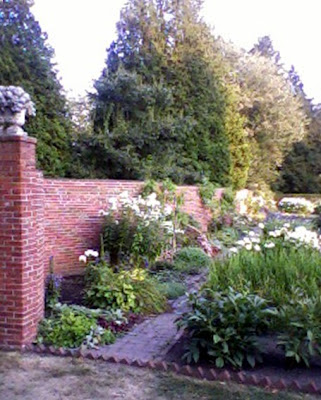 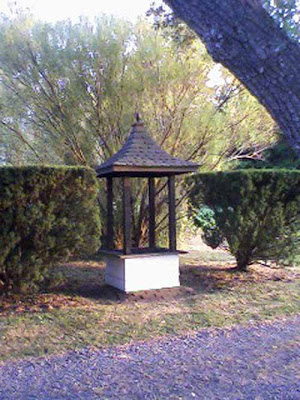 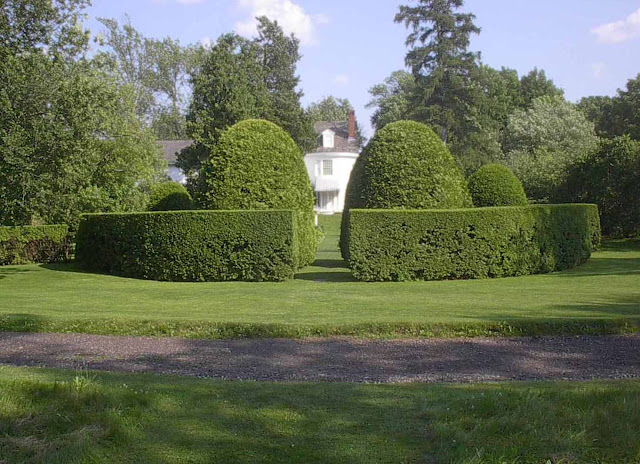 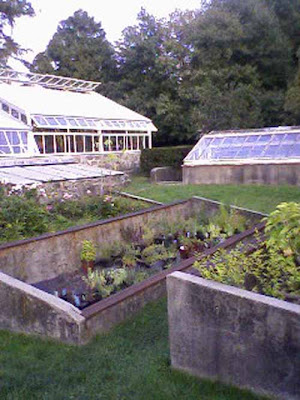 Mrs. Coolidge willed the estate to the Massachusetts Trustees of Public Reservations at her death in 1962.  Additional land was donated by her daughter, Mrs. Walter Muir Whitehill, whose husband was director of the Boston Athenaeum, and author of the fascinating Boston, a Topographical History.   The gardens are open daily 8 AM to sunset, and the house may be visited on Wednesdays in season.
Posted by The Down East Dilettante at 10:10 PM

Thank you. thank you! Mother nature is playing cruel tricks on all of us!!

So good to see gorgeous gardens!

If you dropped me into that garden today, I would never leave! We missed the 8-10 inches in Maine with only rain in Connecticut. I had hoped for more signs of spring down here, but there is only one hardy crocus in the yard and I'm not letting Cooper near it!

It is a lovely garden. In the third to last photo, is the little structure covering a well?

What a pity, Dilettante, you could not be here this weekend- blue skies, temperatures in the 70s, blossom, dogwood, wisteria, new leaves - the Atlanta spring is just beautiful.

Reading your post, I can see why you need to walk, if only mentally, in beautiful gardens!

What a gorgeous post, and of a house and garden I had never come across before. Quite lovely. And how marvelous that it is so well maintained and cared for. I long to visit it one day "in season." Reggie

Bravo! I rarely hear people talk about this garden...and it's just up the road from me! Along with the Trustees' other local gem, Long Hill (ahh), this garden provides a beautiful retreat from the craziness of city life. These pictures are wonderful, but it's even prettier in person. The Trustees is a great organization and this garden is just one of many reasons to support it.

I know this garden rather well as I grew up about 15 minutes from it in North Tewksbury; you're right, it's one of the finest in the area. I seldom get back there anymore and so I'm so happy to see your excellent images of the garden, which I must say seems much improved since my last visit there perhaps ten years ago.

That is a hard April Fool's joke to take. Hope it melts quickly. Especially love the garden in the 4th picture w/the expanse of lawn.

it's having a hard time melting with daytime highs in the low 30's and they are forecasting another little 2" dusting tonight.
how i love to see gardens like this preserved. so many have been trashed that make these all the more revered. i think i may have to make a road trip this year.
i also think that BLUE needs to invite his northern cousins down for a julep on the porch for so cruelly tantalizing us with all those fairy tales of heat and light. c'mon - up here in Maine we know there's no such thing.

security word def - "jurskedg" - one of those obscure architectural terms Dilletante is so fond of (potager indeed - its a frickin kitchen garden) - this one is Swedish and refers to a highly decorative painted molding that is hidden behind the highboy.

Lovely. The house and garden both reming me of Pleasant Valley Farm, Harvey Ladew's estate in Monkton, MD.

OK, buster. I'll match your snow with a record high 92 yesterday and an expected hard freeze tonight. We dropped 40 points of temperature in about three hours...hail, driving rain, fortunately no tornadoes...yet. At least your garden isn't being teased and bitched-slapped by Mother Nature.

Thanks for the garden tour. Fascinating back story to Thomas Jefferson (and Isabella Stewart Gardener). Great gene pool, I'd say.

Don't mean to rub it in, but like Blue, I live in Atlanta. We had a breezy, spectacular spring weekend!! Everything is in bloom and at about the same time too. Spring in Maine will happen before you know it though. But come August in Atlanta I wish I was in Bar Harbor, when Maine cannot be beat!! It truly is wonderful.