TEAR DOWNS HAVE ALWAYS BEEN AMONG US

Much as we like (or dislike) to think that the tear down phenomenon---someone buys a perfectly nice house, demolishes it, and puts up something larger, and usually less lovely---- is an invention of the last two decades, a result of greed and pretension,  it actually has ever been thus, particularly in times of prosperity.

I thought of it today as I came across these photos of a pleasant small summer cottage on a point of land near our village.   Relatively small, it is a pleasant mansard roof shingled cottage built in 1886, typical of many built for the professional classes up and down the New England Coast.  The owner was Professor Junius  Hill, head of the music department at Wellesley College.  He was part of a small music colony that sprang up around the neighborhood in the late 19th century, and that included composer Horatio Parker, head of the music department at Yale, world famed violinist Franz Kneisel, considered the father of the modern string quartet, music critic Henry Krehbiel, pianist Bertha Tapper, and around the corner, Effie Kline, owner/manager of the Boston Ideal Opera Company. 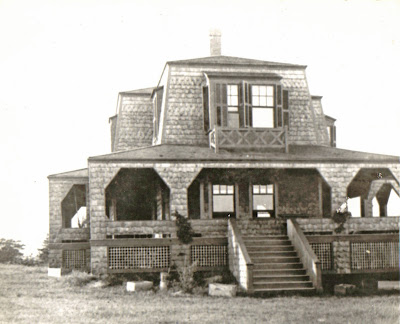 The name of Prof. Hill's architect is lost in time, but it seems likely that he had plans drawn up by one or another of the good architects practicing around Boston at the time.  In the mid 1890's, the Hills remodeled their cottage, adding an octagonal tower in the most modern shingle style. 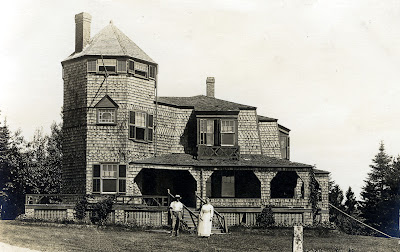 I've always been fascinated by this tower.  A much more sophisticated work than the original house, it is architecture of a high order---note particularly the rear elevation with its secondary tower for the upper flight of the staircase, and the smooth balance of horizontal and vertical design elements.  The tower's suavity and quality of detail relate closely to work being done in the area, including three here in town,  at about the same time by William Ralph Emerson, the Boston architect credited with originating the shingle style. 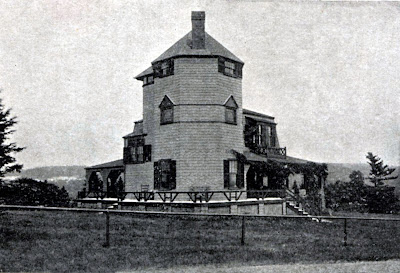 A second possible attribution, though I'm sticking with Emerson, was George Clough, the 'Official City Architect of Boston', who was born here, and maintained a summer practice that include several summer cottages and renovations.  But, frankly, his work just isn't usually as good as this tower. 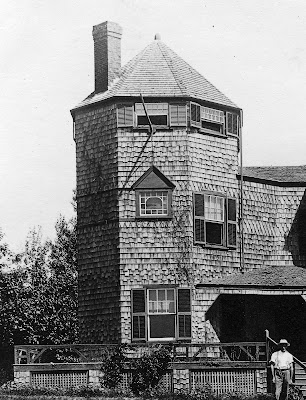 I'm sorry I never got to see this cottage, but I was born 40 plus years too late.   As our town's reputation as a summer colony grew, a wealthier crowd began moving in, old cottages were enlarged, and new cottages tended to be built on a larger scale.   In 1912, the Hill cottage and the neighboring Rose cottage, a hip roof affair of no particular distinction, were both purchased Coburn Haskell.   Haskell was married to a daughter of one of the Hanna brothers, the industrialists who dominated Cleveland business in the gilded age.   Haskell himself was the inventor and with B.F. Goodrich president Bertam Work, manufacturer of the modern golf ball. 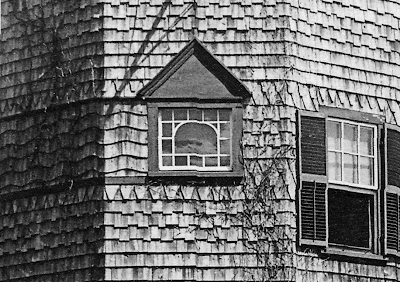 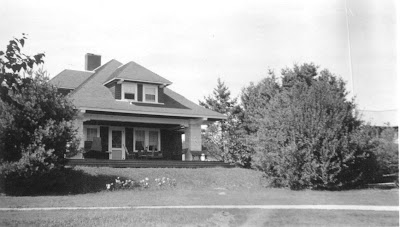 The Haskells tore down the Hill and Rose (above) cottages, erected an enormous stone and shingle cottage on the site, designed by a Cleveland architect named Howe, completed in 1913.  With sixteen bedrooms, and 10 bathrooms piped for both fresh and salt water, the house was one of the largest in town, and to this day dominates the entrance to the Harbor.  However expensively constructed, it is an uncomfortable design visually, with a large roof whose wide overhanging eaves are unconvincingly supported by anemic brackets below. 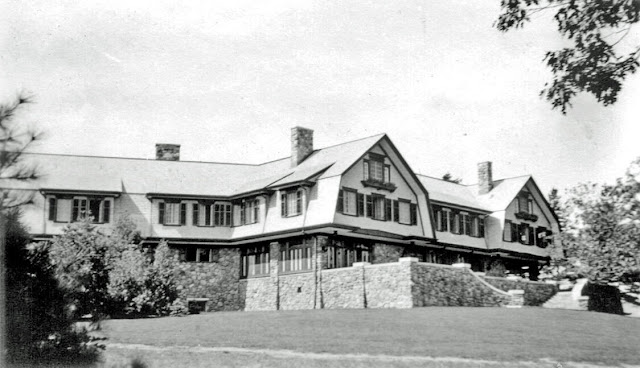 So, you see class, tear downs are nothing new...

For the story of a more recent tear down, and its appalling replacement, click HERE

PS:  Since originally posting this, I realize from several of the comments that I didn't make clear that actually I don't find integration of the pleasant small cottage and the stylish tower particularly good---but that nevertheless, I like the tower itself very much (as well as the cottage)