INTERMISSION: MAY INTO JUNE, AND TWO PARADES

Everyone has a favorite time of year.  Mine has just ended, and lovely though the months ahead will be, I'm a bit triste at the parting, always too fast, too soon.   Spring is hard won in eastern Maine, but once arrived, it is sweet and delicate.  Suddenly in mid-May, we burst into bloom, and Dilettantes, usually jaded, forget the cares of the world and burst into song.   Against a backdrop of fresh greens come the blossoms---tulips, apple trees, cherries, and above all, lilacs, making old New England villages young again.  At Memorial day comes a parade and bittersweet remembrance.  The lilacs fade, and as quickly are replaced by fields of lupine, making the whole world seem an impressionist landscape.  The air is sweet, and in the ever longer evenings, those fields are alight with fireflies, blurring the horizon between starry sky and meadow. 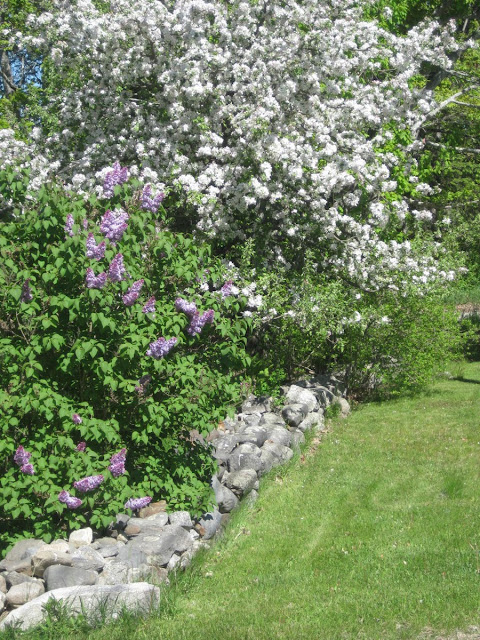 This year, our little village celebrates its 250th anniversary, and floats in the Memorial Day parade marked local pride at the birthday.   That same week, on Friday, the elementary school children held another parade, a happy ode to Spring.  We're a musical town, somewhat famously so, and even the hardest hearted among us on the street that 1st day of June could fail to be delighted as the school band,  a jazz band, and then two steel drum bands marched up Maine Street.  As they reached the stately old Town Hall, they stopped and sang 'Happy Birthday' to the town.

I may sometimes crave other places, other climes, more sophisticated pleasures, but in those sweet, fleeting weeks leading up to summer, there is no other way I want the world to be. 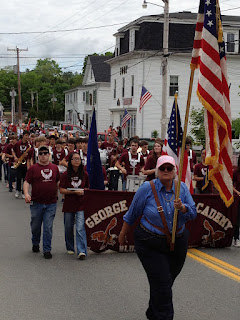 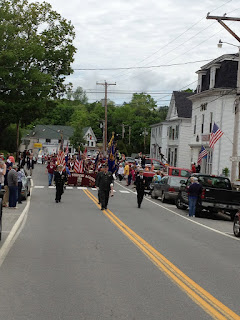 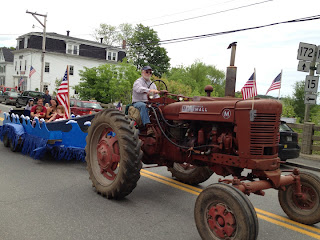 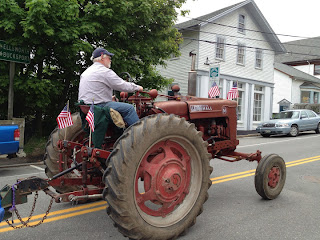 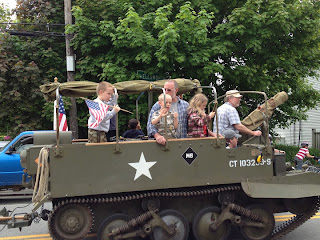 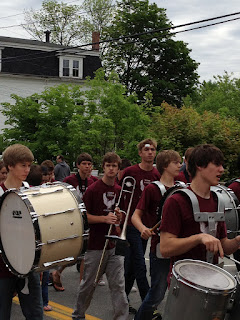 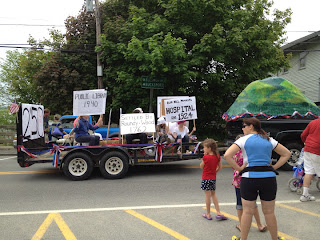 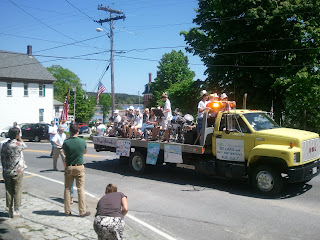 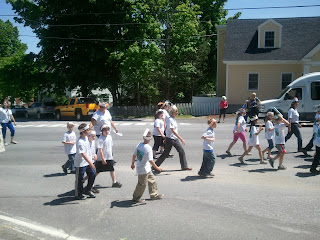 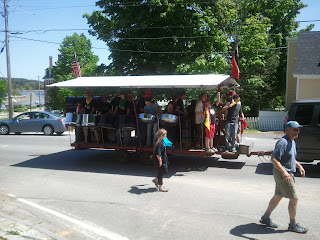 And thanks to Paul for Memorial Day photos, and Laurie for the School Parade

Posted by The Down East Dilettante at 11:15 PM 7 comments: