EVERYTHING YOU NEED TO KNOW ABOUT...

Many newcomers  to Maine bring with them the tribal garb of their former lives.  One mud season later, things usually sort out, and Prada moves to the back of the closet.  Therefore, as a public service The Downeast Dilettante presents these quick guides, first in a series.

Any questions?  In our next installment of "Everything You Need to Know":  Dining in Down East Maine.
Posted by The Down East Dilettante at 8:41 AM 27 comments:

Last Monday was a beautiful day, unseasonably warm and springlike, and my father got in his pickup and drove himself over to the county seat for a haircut, an outing that he immensely enjoyed.   This Monday was a little colder, but the sky was even bluer, and less than 100 feet from the spot where he was born, overlooking the harbor he loved so much, he left on another, longer, journey.


Posted by The Down East Dilettante at 1:21 AM

One rubs one's eyes in astonishment when one first sees it---a tiny settlement of even tinier Victorian cottages in the woods on a bluff,  arranged around a village green sloping down to Penobscot Bay. It is crowded, cheerful, festive, even a bit unruly in spots.  In the summer, with porches bursting with flowering plants and wicker rockers, sailboats in the bay and softball games on the green, it is like a stage set ideal of summer life 100 years ago. 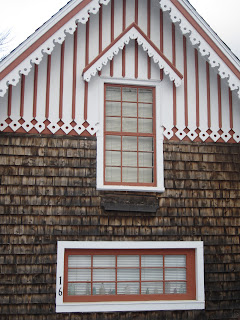 One doesn't come upon it easily.  It is hidden off tourist Rte.1 midway between the groomed nautical splendors of Camden and the artsy hipness of Belfast, both harbor towns of stately white houses and upscale restaurants and galleries.  It is Bayside in Northport, founded in 1849 as a Methodist campground retreat.  Originally the faithful would pitch tents for their revivals; by 1869, the first cottage was built.  A hotel, the Wesleyan Grove House,  followed in 1875, and by 1879, about 40 of the eventual 300 cottages had been built. In the day  steamboats were the chief mode of transport up and down the coast, and it was a favorite day trip.  Today, there are no stores, and in summer, the loudest sound is likely to be the slamming of an old fashioned wooden screen door.  Nearby, on Temple Heights, a spiritualist camp still survives, with mediums available in summer. 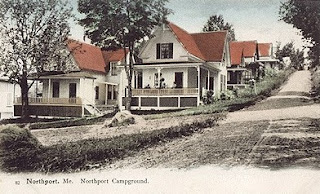 Passing by last week, I swung off the highway for a quick visual treat.  The sky was glowering, and the late afternoon light was not conducive to photography.  I walked around for a few minutes, but found I wasn't dressed for the sharp cold wind off Penobscot Bay (we've been enjoying a mild, mostly above freezing, winter, and I've gotten a bit casual about dressing warmly), and the metal camera even too cold in my hands.  It's just as well though, for had I taken pictures in the summer,  you'd all be calling your real estate agents.  One can imagine worse fates than a few summer weeks spent in one of these lacy dollhouses overlooking the sea. 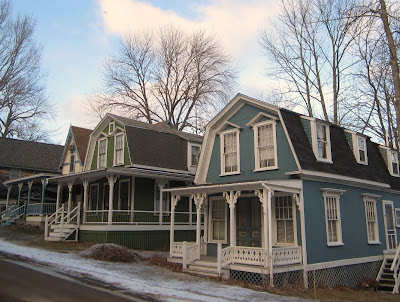 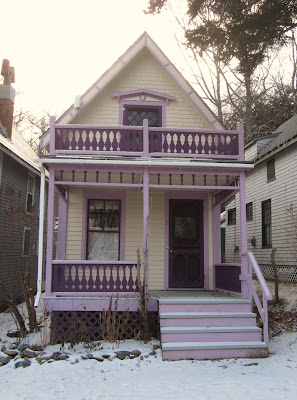 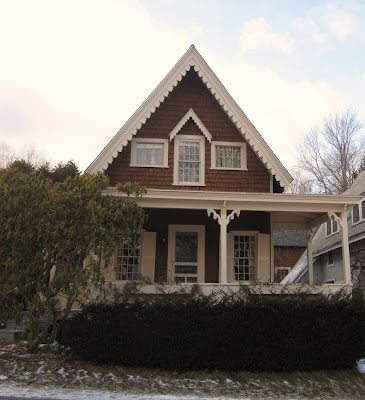 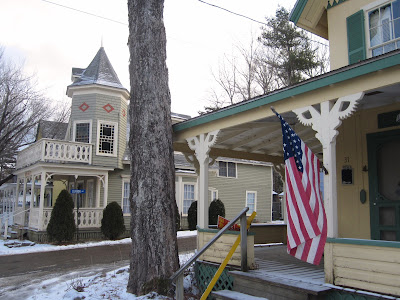 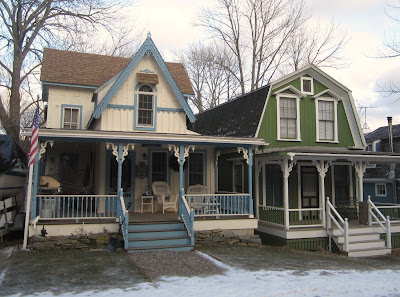 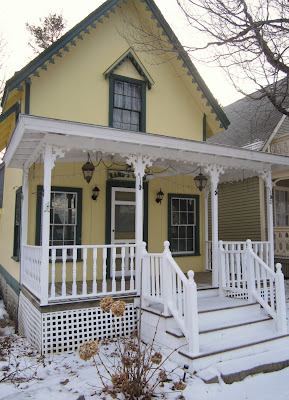 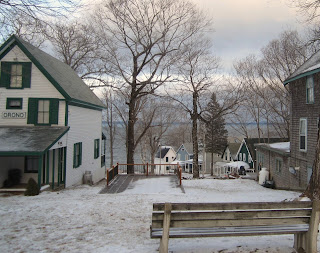 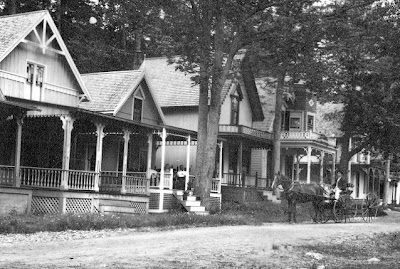 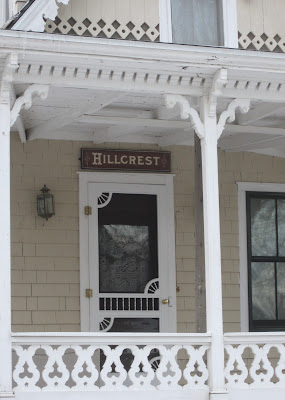 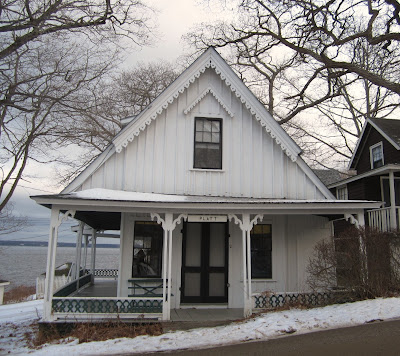 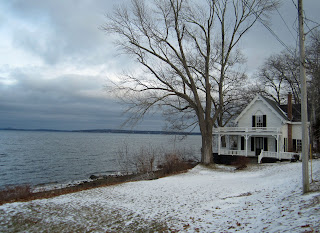 I forget things.  It's not age.  I've always been this way.   While my head is in the clouds, pondering such things the influence of 16th century urban planning in Italy on modern strip malls in New England and vice versa, I sometimes don't remember that I was actually supposed to call the plumber.  Last week was no exception.  I forgot to lunch with a delightful friend, and I forgot to send a piece I had written to coincide with Edith Wharton's birthday to New York Social Diary.  Fortunately, DPC is a most generous and forgiving host, and has published my belated birthday card today.  That piece can be read by clicking HERE.

As to the delightful friend who was stood up, she too claims to have forgiven me, but has extracted her revenge by putting me up for auction for benefit of her local library. At the moment, with 11 days to go, the bidding is at $83.00.   (I should have sent flowers)
Posted by The Down East Dilettante at 12:07 PM 14 comments: