Several people have sent kind emails lately, asking why I've been blogging so little---the short answer is that I have several small projects that require big attention, always a problem for those of us easily distracted by shiny objects.

And then, there's the weather.  A week into Spring, this is the scene from the top of our little mountain today at about noon-thirty.  The blizzard moved out quickly---and by 6:30, all was clear.  And cold.  And windy.

A friend, a man of great scientific and technological abilities (and the common sense to be in Florida for the winter), has a weather station from which Wunderground.com picks up our local forecast (it doesn't get much better than being predicted from 1.5 miles away).  The reports for months have been uniformly dreary.  I emailed said friend, asking him if he couldn't adjust the equipment to predict higher temperatures and sunnier skies.  I knew it wasn't possible (as you can see below), but desperate times call for desperate measures.  He did re-assure me that he understood the temperature would be warmer in June. 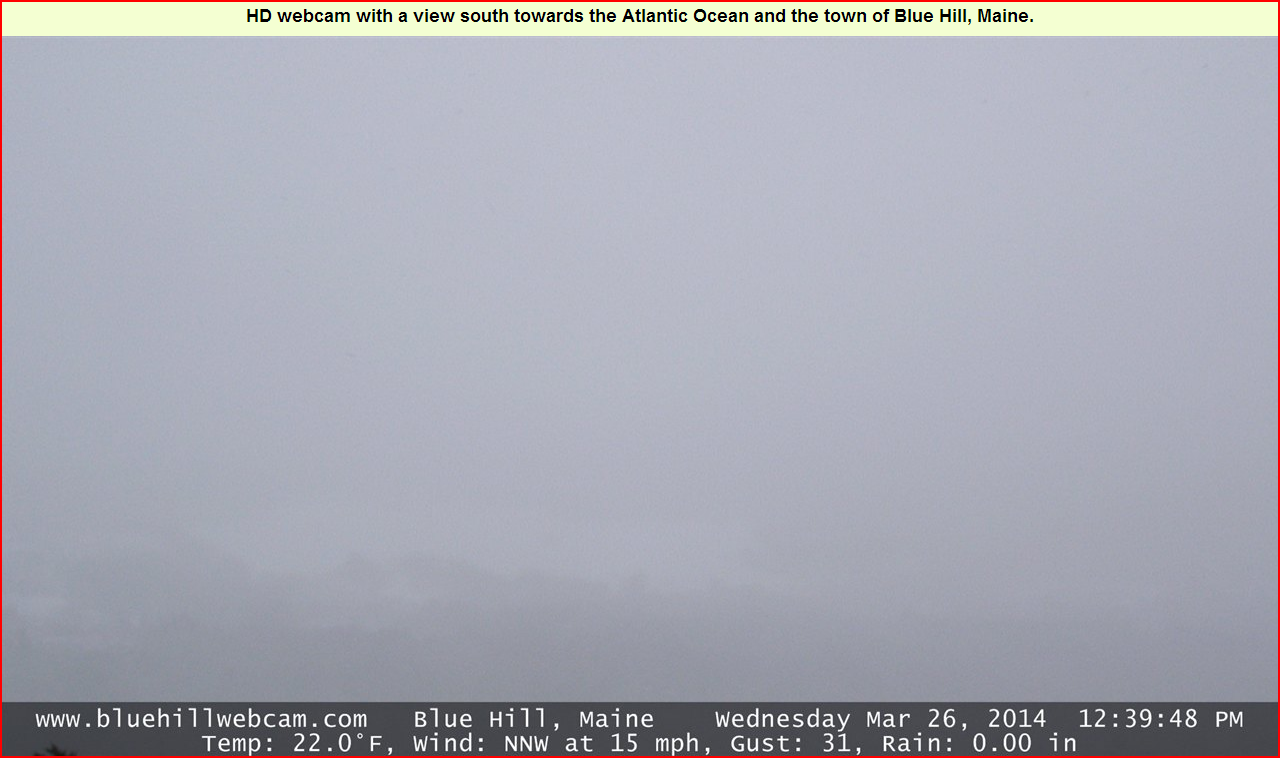 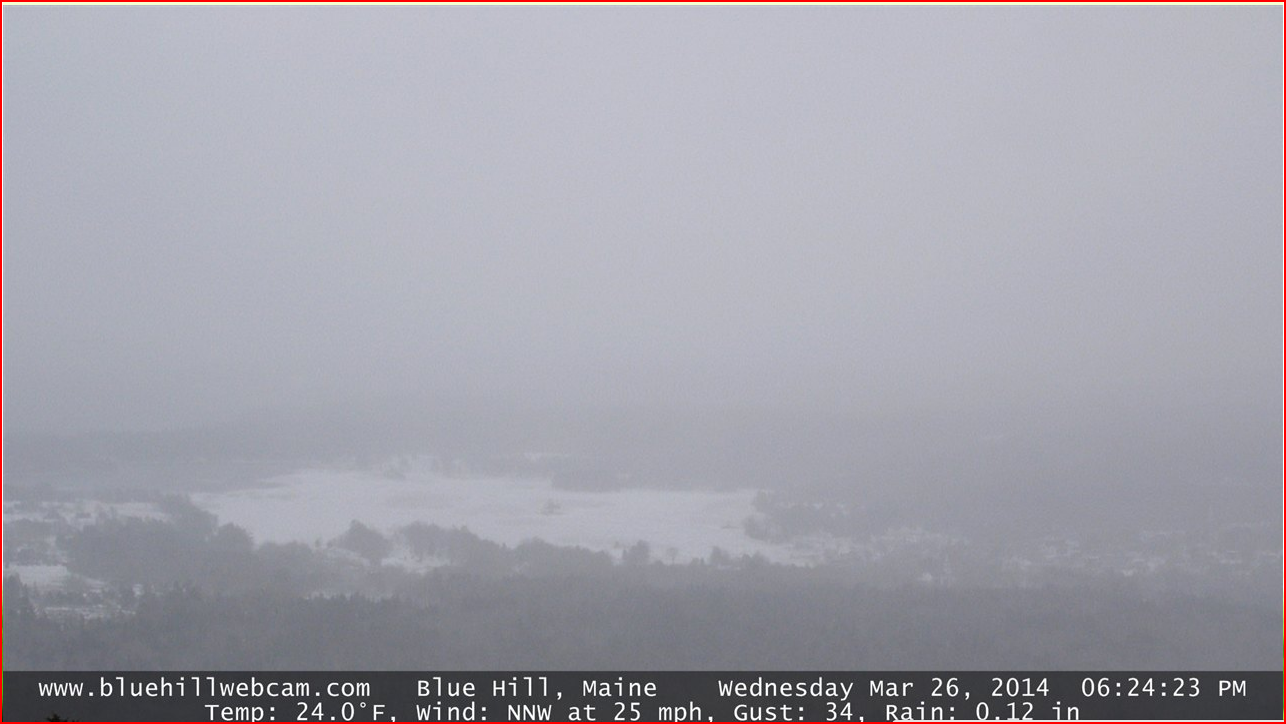 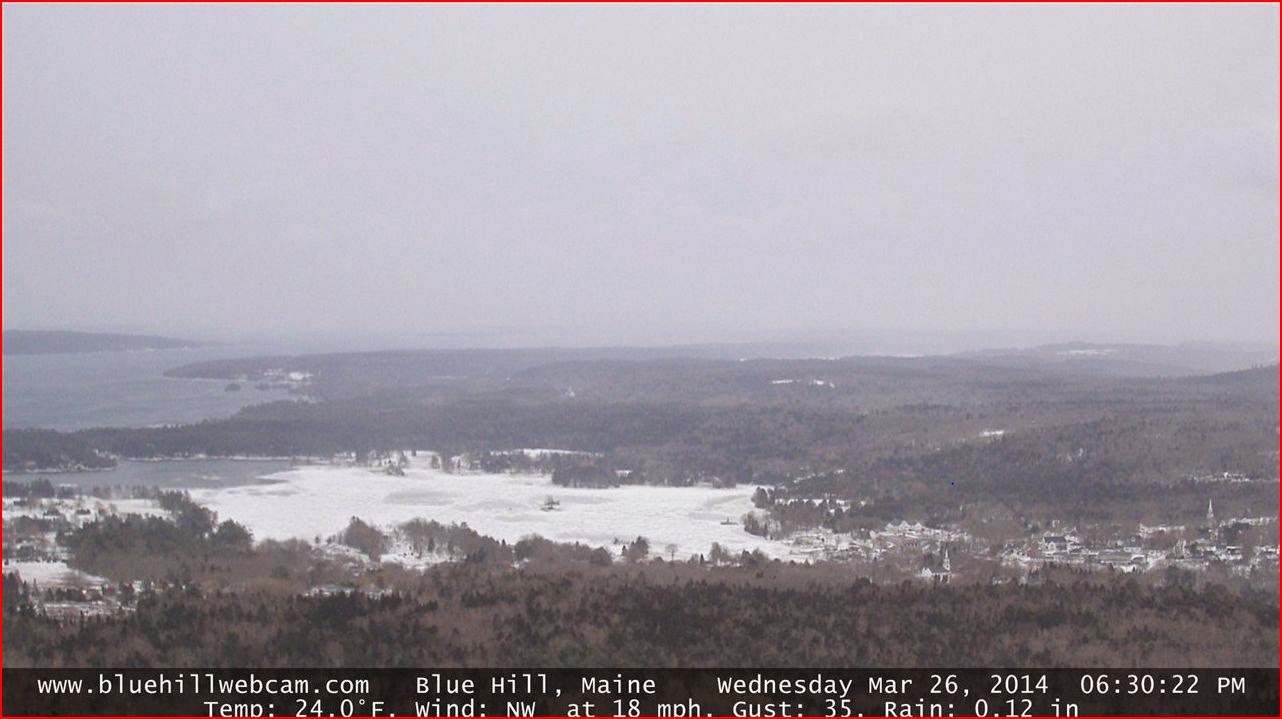 That big white patch isn't a snowy meadow.  It's the frozen inner Harbor.  Did I mention that we are a week into Spring?  That in just seven weeks, Lilacs should be opening?

I've recently received a couple of interesting design books to review.  Maybe, if I can stir myself out of this torpor....but first, I have to remove this latest snow from the walks and steps.

Below, the forecast for the first week of April.

Posted by The Down East Dilettante at 7:12 PM 22 comments: