SIX MONTHS AND 100 DEGREES AGO

I awoke at 6:15 this morning.  The sun was rising, the sky a clear brilliant blue, the  temperature minus three--yes minus three--- degrees Fahrenheit.  Now, two hours later, it is a balmy minus one.  According to the online weather report, the windchill is -21).  Welcome to little Antarctica.  Is it possible that only six months have passed since the hottest day of last year, and now it is 100 degrees colder?

On that day, with temperatures flirting with the 100 degree mark along the Maine coast, , not a cool breeze to be found.  At the hottest part of the day, I was driving North on I-495 through Massachusetts, heading back to Maine.  At five P.M., after I exited onto 95 to Maine, the New Hampshire toll booths ahead looked like the Gates of Hell, summer traffic, rush hour traffic, and people heading to and from the beach traffic, all backed up on the steaming black pavement.

Fifteen miles further up 95, edging toward the Maine toll booth, I cracked, and veered off highway at the York exit and headed  for the ocean.  In York Village, a lovely history proud town founded a few seconds after the Pilgrims landed at Plymouth Rock, I was momentarily distracted by the Olde York Decorator's show house, held an 18th century house in York Village.  Ever mindful of my readership, I intended to take photographs for the blog, but was firmly (but pleasantly) told that I might not do so.  As with most decorator show houses, the mix was evenly balanced between very good and very bad.  Most compelling to me was not the decor, but an 18th century painted floor treatment that had survived through 200 years of family ownership.

In the neighboring village of York Harbor, which split off from York proper when it became popular as a fashionable summer colony in the late 19th century, I left the air-conditioned discomfort of the car to stroll along the water.  What confronted me was not the expected cooling of the late afternoon ocean breeze, but rather a wall of heat, apparently blowing straight in from Morocco. 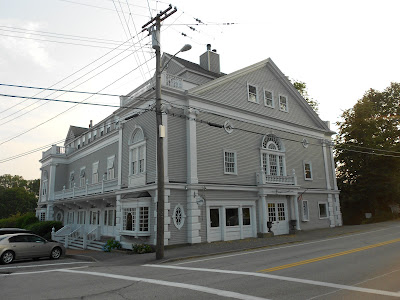 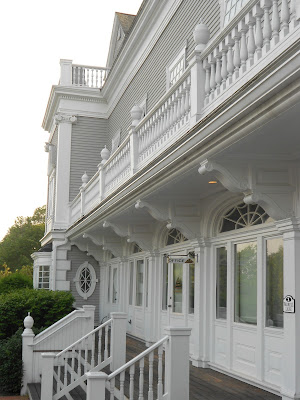 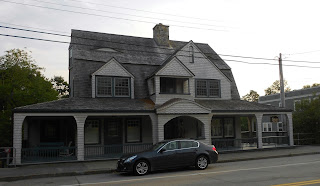 I had not wandered around York Harbor for years.   Though much has changed in the world, the prevailing tone, architecturally and socially, is still English and aristocratic.  The architecture is a handsome mix of crisp early New England, and shingle and colonial revival styles from the resort days.  The big surprise was that the shops, of the usual sort that service summer colonies---tweeds and tearooms, linens and fancy groceries--- had almost completely disappeared, with only a few offices occupying former commercial spaces. 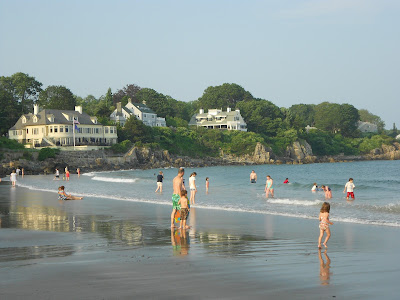 At 7:30 PM, the light was still strong, the temperatures still in the mid-90's, and the beach was as busy as it were 2:30 in the afternoon

As at Newport, a public cliff walk  separates  grand old summer cottages from their ocean frontage. 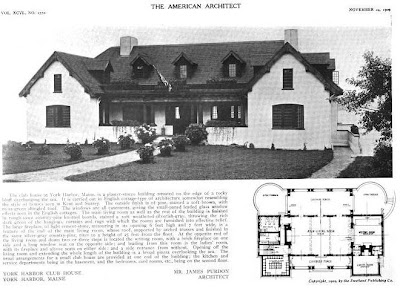 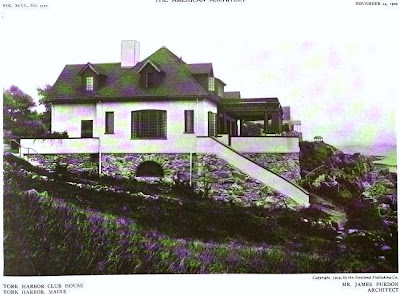 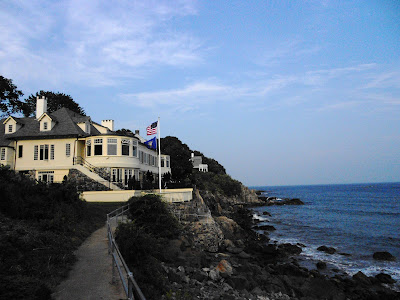 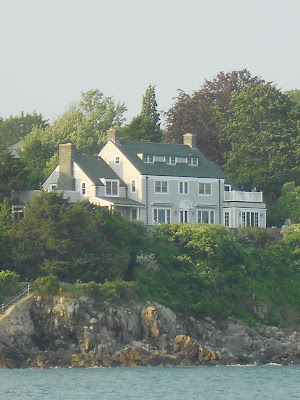 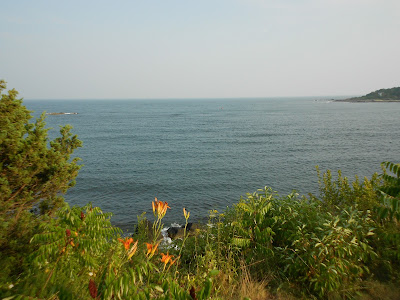 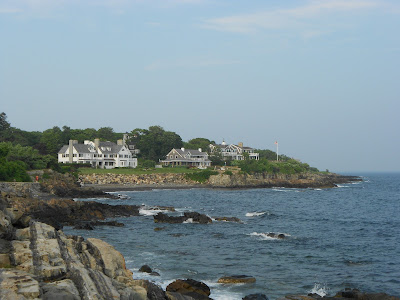 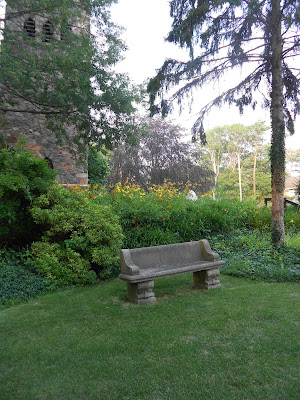 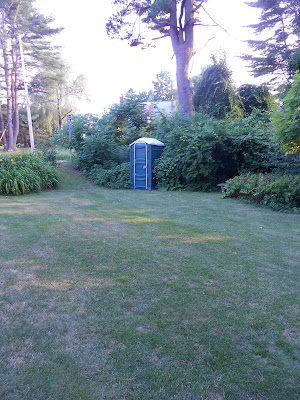 For another view of York Harbor, I recommend this post from one of my favorite blogs, Streets of Salem.

Posted by The Down East Dilettante at 1:42 PM 19 comments: