The Dilettante is having a not-so-dilatory week---busy doing things he doesn't know how to do, like wire a barn, build a deck, and he is up against a paid writing deadline, so here's a little eye candy so you won't all forget me---six  buildings that catch my fancy, for diverse reasons,  in no particular order. 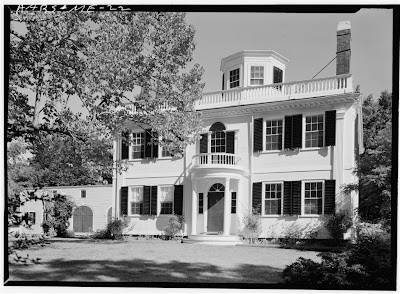 The James Kavanaugh House in Damariscotta Mills, Maine, 1803.  Situated on a hillside at the edge of meadows in this little back country hamlet, the pale yellow Federal House ois one of the loveliest sights imaginable at lilac season.  Poet Robert Lowell and Jean Stafford lived practically across the street during their tumultuous marriage, and there Lowell wrote 'The Mills of The Kavanaughs", one of his early great poems. (Historic American Buildings Survey, Cervan Robinson photographs) 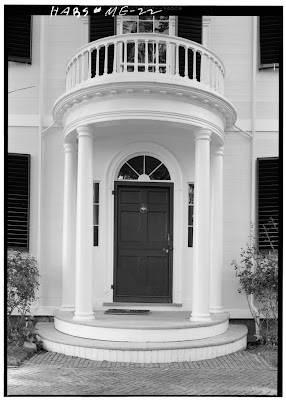 The front door displays the chaste restraint that typifies the Federal style at its best. 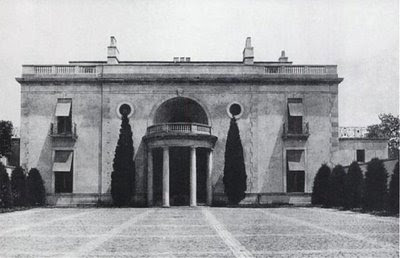 "Oak Knoll", the Bertam Work residence in Mill Neck NY, designed by Delano & Aldrich in 1911.  Work was the president of B.F. Goodrich.  It is a superb example of a fully integrated classical scheme, with house and landscape conceived as one by the architects.  Despite its classical and Roman antecedents, there is a hint of streamlined modernism to come in the 1911 design. 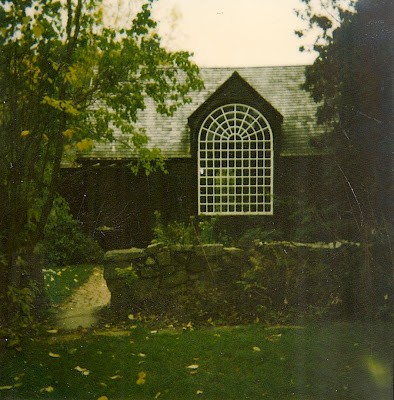 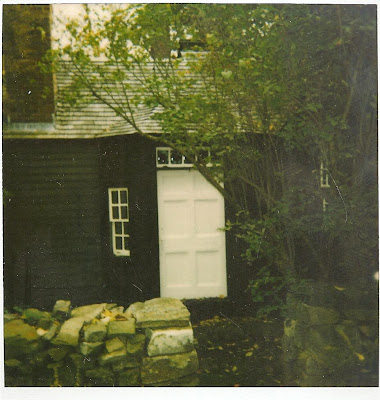 The Garden House in the Grounds at Hamilton House in South Berwick, Maine, early 1900's.  It was built from the salvaged parts of an early 18th century house from Newmarket, New Hampshire, charmingly rearranged for romantic effect, in one of the loveliest gardens in one of the loveliest settings in New England. Upon seeing this early example of artistically arranged architectural salvage while visiting the owners of Hamilton House with his friend Isabella Stewart Gardiner,Henry Davis Sleeper was inspired to begin his 'colonial' remodeling of Beauport, his house at Gloucester, Massachusetts.  Sarah Orne Jewett's novel, The Tory Lover, is set at Hamilton House. 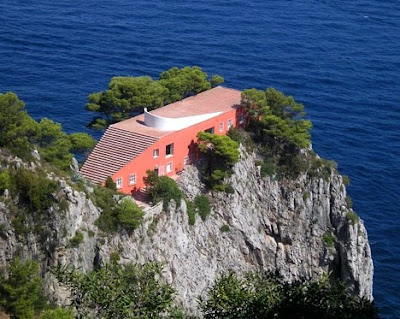 Casa Malaparte in Capri, designed by Adelberto Libera for writer Curzio Malaparte in 1937. It was a good year for modern houses on rocks on water---Fallingwater had just been completed, as had Fortune Rock on Mt. Desert Island.  The Dilettante could be persuaded to overcome his severe discomfort around heights for this house.  Jean-Luc Godard's Contempt was filmed here in 1963, as seen in the clip from the film. 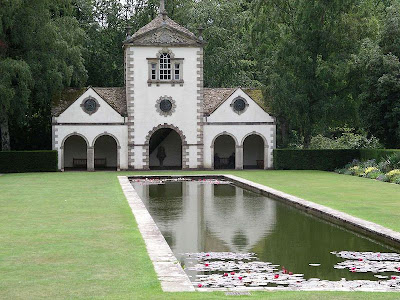 The Pin Mill in the garden at Bodnant, an 18th century structure moved from a nearby village by Lady Aberconway to her estate in North Wales.  For a photograph of the dazzling stairway to the tower, click here 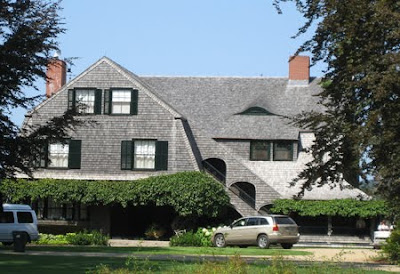 'Rosserne, a shingle-style summer cottage overlooking Somes Sound, Northeast Harbor, Maine, designed by Fred Savage in the late 1800's.  A perfect example, with a wonderful outside staircase.
Posted by The Down East Dilettante at 6:27 PM

You should come down to Rhode Island! We have quite a few houses like Rosserne!

Love both the Maine houses. Agree w/Daniel-Halifax about Rhode Island homes. My favorites are in Watch Hill.

Scott, I'm planning a post about Oak Knoll----just didn't have time to scan all the pictures I've collected for it. Really a suave place.

Daniel-Halifax and Notting Hill--agreed about shingle style in Rhode Island. Although, believe me, there are some superb examples around here---

I am becoming much more flexible about architectural styles and dates than I used to be.

"Despite its classical and Roman antecedents, there is a hint of streamlined modernism to come in the 1911 design."

Absolutely! Which makes me thank that streamlined modernism can affect all other styles and not be, necessarily, a style in itself. Thus we could have streamlined Gothic, streamlined Georgian etc etc.

Excited to see the Oak Knoll piece. So many equisite historic homes!!

Hmm....I'll take the Pin Mill, but it must include that
reflecting pool. Heavenly.

They are all super choices... you truly have a eye for great architecture. Thank you for the link to the staircase- thrilling.

all this gushing about colonial arch. ahh-i'm getting a headache. rosserne is definitely interesting but the showplace is obviously villa malaparte altho it looks a little worse for wear in 63. is it still there and was the paint job just for the film? definitely not for the achraphobic but what a spectacular house. you could sit in front of that picture window and never move again