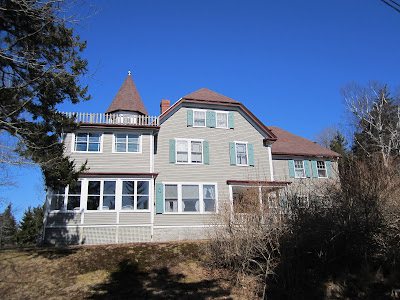 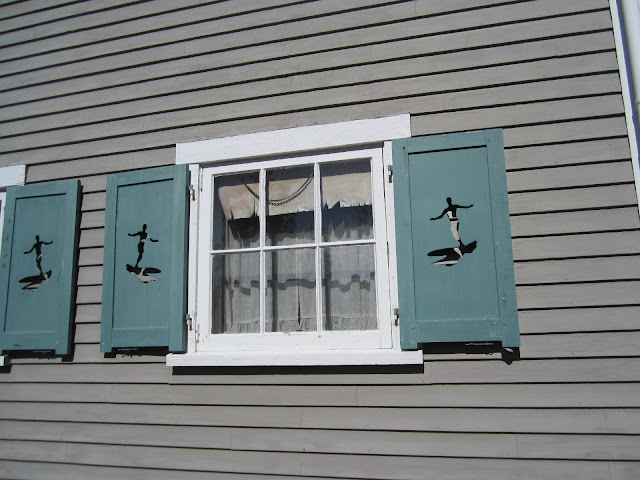 Posted by The Down East Dilettante at 4:54 PM

I love walking around Sorrento, there are so many interesting homes. Many of the old summer homes remain as they were decades ago - a real time capsule.

A really great photograph - the shadow patterns that come through the cutouts add a lot of interest. And for once it's good to see shutters that are actually functional!

Those are great! Is the surfing in Maine any good?

All it lacks is a little sign out front -- Hodaddy Haven.

(Honestly, I like it, which bothers me a bit.)

There is something to be said for homes that quietly have architectural hints of whimsey that speak of the owner. I think that is great with the surfer cutouts!

Such a scarcity in today's world where owners seemingly have no objection to exterior facades being generic.

Love the shutters. Good surfing can be found in southern Maine in the winter, at Higgins Beach. (Seriously, dudes in wetsuits are there all winter long.)