Iris Apfel and the China Trade 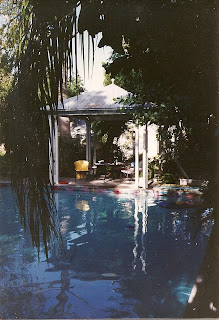 Gratuitous Key West poolside picture
---to Salem Massachusetts.  Okay, so it's not poolside in Key West, but it was the best we could do for the moment.  Our destination was the exhibition of Iris Apfel's amazing clothes at the unlikely venue of the Peabody Essex Museum. 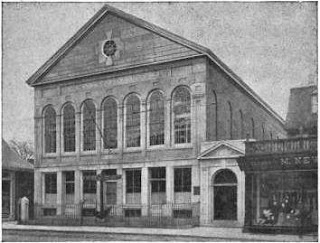 East India Marine Hall at Peabody Essex Museum, 19th c. view
Don't get me wrong.  I love the Peabody Essex.  I think it's one of the best small museums in the East, and its romantic and sometimes mysterious collections dealing with the China Trade, brought back to Salem in ships by enterprising sea captains over 200 years, have been awing me since childhood.  Hence the surprise of the Apfel exhibit. 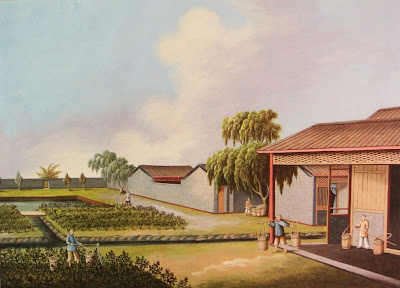 Watering Tea, 18th c. gouache on pith paper, collection of Peabody-Essex Museum
In recent years, their special exhibits, like one about Salem carver/architect Samuel McIntire, have been standouts, and their permanent collections are well arranged for visual interest, never static. Lin Yu-Tang, the 18th century Chinese house on exhibit, is staggering.  It is definitely on my do-not-miss list. 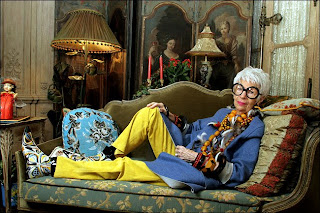 Apfel herself, on a sofa covered with fabrics from her Old World Weavers
I also loved the Iris Apfel exhibit.  Wonderfully set up to evoke souks and casbahs, ski resorts and glamorous fashion week openings, it was a total attention getter, and definitely hot.  The amazing architecture of her clothes, her eclectic eye, her imagination and enthusiasm, the swirling colors and craftsmanship, all were a wonderful antidote to the gray and cold outside.  It was also a good thing that I went along, for otherwise Ellen, a usually upstanding citizen, might have nicked some of the astonishing jewelry.  As it was, the look in her eyes as she scanned the cases was worrying me.

The people watching was almost as good as the show.  Even though the exhibit was near the end of its run, it was packed. Contrasting the audience, mostly in very ordinary, even dull, clothes to the brilliant ensembles on display was entertaining.  I particularly enjoyed watching one tightly wrapped Wasp matron, in Geiger loden jacket, with her post-deb hairstyle from the 50's, and sensible flats, holding forth on the exhibit to a friend entirely in gray--the un-Iris Apfels.  Men in the audience?  Let's see, there was myself, the largest person in the room by at least 2 inches, towering over the crowd (makes it much easier to see, however).  A fashion forward gay couple.  A couple of husbands who were clearly gathering super-bowl points for the next weekend, though one kept looking at his watch.  A couple of young guys stoically, bravely, along for the ride with their rapt girlfriends, showing that they were caring guys.  It was cute to watch them, in love, being good sports, but wishing they were anywhere else. That brings the count to five men---and a couple hundred awe-struck women, all of whom I bet will be buying a little less gray and a little less polar fleece next season.  As for Ellen, she was wearing a shawl cut oversize hounds tooth black & red jacket in a wool/silk blend with black jeans, biiig jewelry, and a richly colored silk paisley scarf (impressed that I can describe this?  I am).  Going to see Iris Apfel?  Dress for the occasion.
Thanks to a lunch of a fig torta and pear sandwich with greens in perfect bread from Rosemont Market in Portland on the way down to Salem;  a dinner of cold martinis with warm fried (to perfection) oysters and grilled romaine salad at the nifty Green Monkey in Portsmouth--where we were extraordinarily well cared for despite no reservation on a busy Saturday night--and the chill of Maine winter was eased. Even so, Ellen can still be caught at her desk playing with the online Iris Apfel paper dolls, which have replaced computer solitaire as her five minute stress reduction therapy.
Posted by The Down East Dilettante at 2:02 PM

I've always found interesting the disconnect in the way some people dress and the manner in which they decorate.

I wouldn't have expected Apfel's home to be so traditional, the house version of Talbots or Brooks Brothers.

Darn, with a tall blogger on the loose, I will now have to think twice about my comfy flats!

oh -dilletant - you are the bees knees! i laughed and laughed reading this one. fantastic and now i have an excuse to go to mass which i avoid at all costs.
i am of the view that men should not dress like mice. women and children get all the good clothes. i want a pair of those sneakers that light up when you walk and if i weren't so old and clumsy, i'd get those with the wheels in them. iris' colors are my colors. i used to dress like that in the old hippie days and now i dress in electric LLBean. i do have a pair of pink slacks.
we want more great writing like this and thanx for the gratuitous key west photo. it warmed this section of the frozen tundra up by at least 4 degrees.
PACK RATS - Turner, Maine

This made me feel I had been there, and oh, how I wish I had. I think Ellen and I might have a lot in common.

If only I could climb out of the snowdrifts...I would promise to wear a hot pink cashmere scarf with my Bean boots! (I was there last fall right before the show opened. Argh!)

I missed you by a weekend! I just returned and was more than a bit inspired by Ms. Apfel's example of exuberance. And as you say, the attendees were quite smart - more icing on the cake. A little Iris magic came home with me as well in the form of a black lacquered and be-faux-jeweled cuff bracelet... Salem is a gem - can't wait to return during the summer and then take the boat to Marblehead and finally see Beauport....

Colorful, exuberant, adacious, laugh out loud fun...and that was just the writing. What a wonderful in your place description.Life is too short for beige. Sally forth into the world and come back and tell us everything wonderful.

p.s. if you want to see young girl with more than a little sass, peak in today at (In)decorous Taste. I am fairly sure it will make you smile.

Mrs. B., please join us next time!

Janet, I wore my lime green cashmere scarf with my bean boots to the show

Triple E, if you take the boat to Marblehead, you'll still have 15 miles to Beauport, but while in Marblehead, be sure to see the Jeremiah Lee mansion with its 18th c. grisaille papers---which I'm going to post in a few days.

Home Before:, you're right, it does indeed bring a smile to my face...the stenciling is out of this world