Almost every summer colony in Maine contains an Episcopal summer chapel, often designed by one of the great architects of the day.  One of my favorites is the Church of the Redeemer in Sorrento, donated by an early summer resident, Eva Smith Cochran.  Mrs. Cochran was a daughter of Alexander Smith, the carpet king of Yonkers New York, who was one of the richest men of his day. 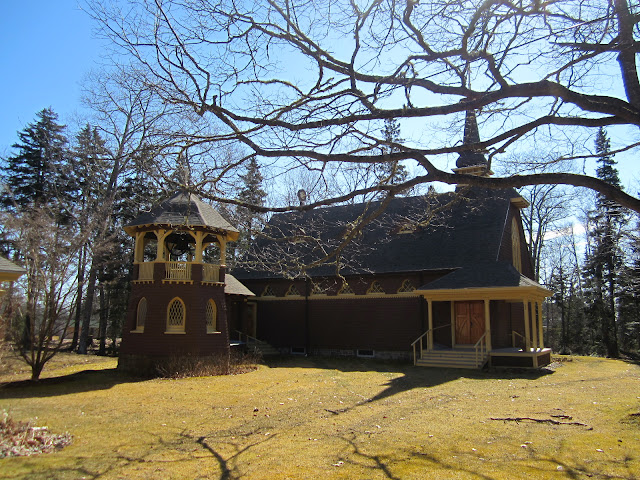 Legend has it that Mrs. Smith instructed the  architects, Rotch & Tilden, to model the design after a wooden chapel she had seen in Sweden, and indeed it does not follow the usual veddy English stone and half timber design of many Maine summer chapels  Whatever their inspiration, the architects turned out a building of high design integrity, which delights at every turn.   The chapel was ready for the season of 1890.  The charming belfry, connected by a sinuous covered walkway, was added a few years later.  The removal of one of the twin porches on either side of the front has slightly compromised the original design, but the building retains its 19th century color scheme of brown and buff, and the wooded site is free of parking lots and paving, encouraging the faithful to walk to church. 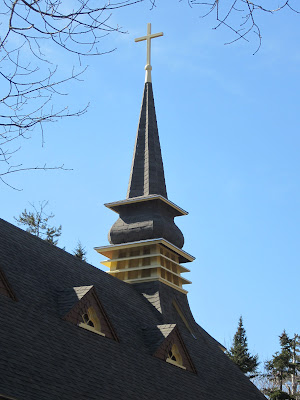 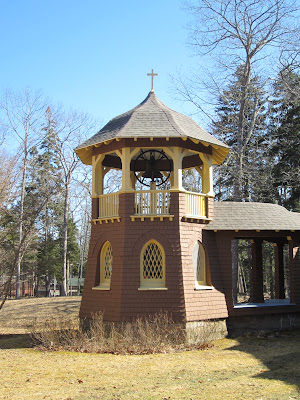 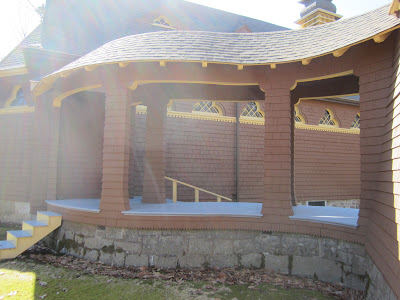 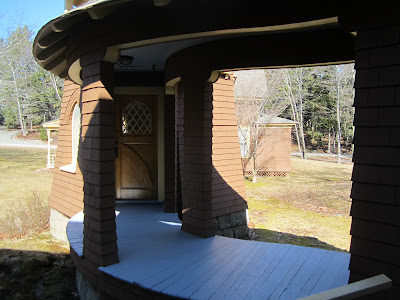 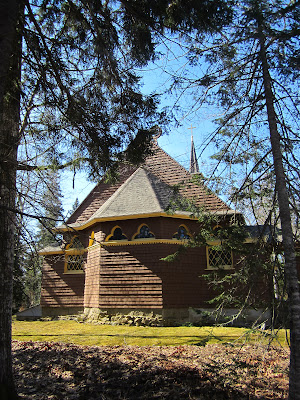 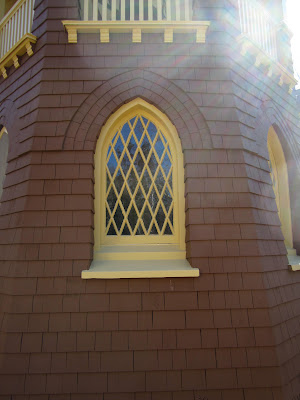 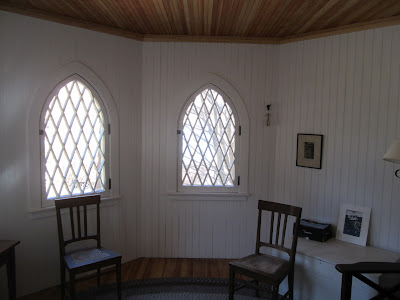 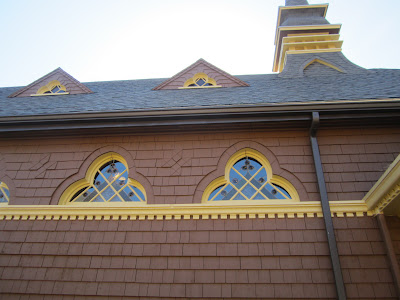 One good church deserves another, and in 1896 Mrs. Cochran donated St. Joseph's Episcopal Church for the African American population of Fayetteville North Carolina. Brief research indicates that Mrs. Cochran was a thoughtful and generous philanthropist..  She survived blindness by lightening, was the financial savior of the  Philipse Manor Hall in Yonkers, an iconic early preservation effort, and in her will left stipends to many of the workers in her family's factories.  She also had the obligatory yachtsman playboy son, Alexander Smith Cochran.  He was very briefly the third husband of Polish Opera singer Ganna Walska, whose $3,000,000 (that's 1922 dollars, kids) divorce settlement later helped fund her famous Lotusland estate in Montecito---very far in every way from her brief mother-in-law's Anglican chapel on the coast of Maine

Posted by The Down East Dilettante at 1:01 AM

What is a summer resident and why does almost every summer colony in Maine contains an Episcopal summer chapel? Who lives there in winter and what religious buildings do those unfortunate people use?

What a surprise it must be for the unsuspecting Sorrento tourist to come upon a Scandanavian chapel! The architects surely accomplished their goal with that wonderful steeple.

I had to smile, reading Mme. Walska's full name. She must have been quite a gal!

On the East coast of the US, there is a traditional exodus from the cities in July and August to cooler seashore resorts, where the wealthy often maintain substantial 'cottages' for summer use. During the late 19th and early 20th century, the model for upper echelon American society Anglican, and thus a summer chapel, apart from the traditional Congregational and Baptist churches of the year round population was almost always a priority as these resorts developed---usually coming soon after the construction of golf course and yacht club, the highest priorities--completing the Holy Trinity of Summer, if you will.

the answer to what the unfortunate Episcopals in winter use - There are no Episcopals in Maine in the winter. there are only Catholics, Baptists, Congos, and the gay remains of Universalists.
if you hadn't already pegged the Dilletante as a Maine native, the caption of the photo would have done it. they say we have a dry sense of humor here but that one is pure dust.

Not seeing any other way to communicate,I'll ask my question here. I live in Durham ME and would like to photograph a Bold Eagle. Do you know of any promising locales in the area?
Floyd Aldrich
floydald@yahoo.com

How much restoration has there been? And do you know what happened to the other porch -- and why?

P.S. Years ago, I got my old friend Richard John Neuhaus to yield on an argument regarding churchly architecture by invoking the failure of Episcopalian construction to sustain the faith. So the question arises, how many now show up for services (in season)?

Very eerie. Just yesterday I was reading about Ganna Walska and her tie to Robert de Montesquiou, and before him, the Countess de Castiglione.

Ganna Walska was a terrible opera singer; some claim she was Orson Welles's model for the singer in Citizen Kane. This has nothing to do with Maine, but drop a stone in a pond and the ripples do go out.

there's a funny little episcopal church similar to this, just south of baltimore. it's cedar shingled, and a very different type of architecture. next time i am down that way, i will get some images.

When My partner and i go through some sort of blog site, I'm hoping who's isn't going to let down everyone approximately this blog. What I'm saying is, vintage clothing websites uk

I simply want to tell you that I am new to weblog and definitely liked this blog site. Very likely I’m going to bookmark your blog . You absolutely have wonderful stories. Cheers for sharing with us your blog.funwirks.com