Way Down East: The Two Windswepts 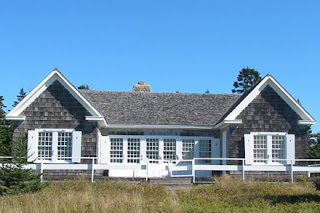 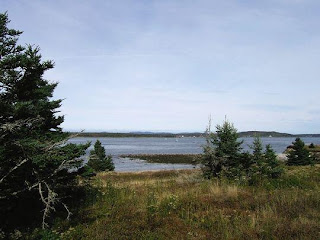 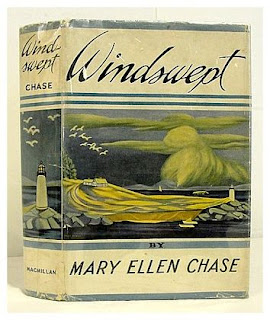 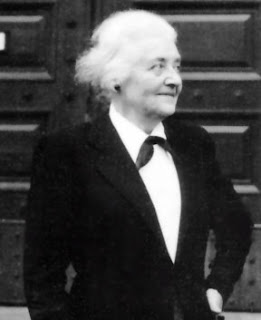 Born in Blue Hill in 1887, Chase is considered one of the heirs to the literary tradition of Sarah Orne Jewett, and indeed is one of the best of the Maine novelists.  She puchased Windswept, located near the end of the world between wild blueberry barrens and the ocean on Petit Manan Point at Steuben, Maine in 1940, and there wrote nine of her books.  Built in the 1920's, the simple cottage is classic Maine, low, shingled, with simple shutters, and many small paned windows to let in the light from the sea.  A big living room with fieldstone fireplace anchors two wings, one with kitchen, the other with bedrooms, forming a sheltered courtyard at the entrance. 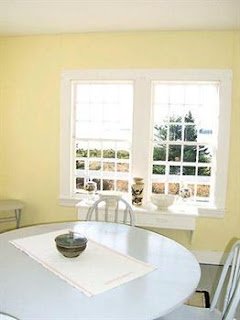 When Windswept was placed on the National Register of Historic Places, the nomination read:
She is considered by many literary critiques to be second only to Sarah Orne Jewett in her ability to capture the history and particular atmosphere of the coast of Maine and its people.  The isolated cottage provided Ms. Chase with the tranquility and isolation she needed to write, and in turn it also provided the inspiration for the setting of ‘Windswept’ (1941), her best-selling novel about immigration and integration in old settled Maine communities.”


“It is to the credit of the property owners since Ms. Chase that much of her former possessions, including furniture and books, and all the solitary ambiance of Windswept has been retained and preserved since her departure.” 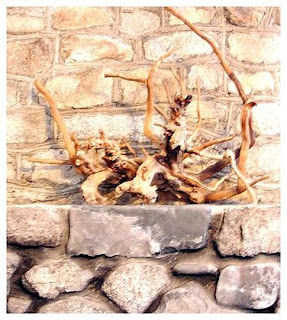 Driftwood on mantel at Windswept


Chase had to give up Windswept in 1956.  It went through several owners, who cherished the connection,  and the simple aesthetic of the place, before going on the market a couple of years ago.  The new owners did not desire any of Chase's furnishings or mementos, and last week, there was an auction, sparsely attended, and the accumulations of seventy years were sold, including a handwritten notebook about the house, written by Chase for the new owners when she sold the house.  It was a sad reflection of Chase's fallen literary status that even this manuscript failed to excite spirited bidding.  This writer, whose great-grandmother was a friend of Chase's,  purchased a round chair table, probably destined to be my new kitchen table,  and the piece of driftwood from above the living room mantel, where Chase's nephew remembered that she loved to always have a fire going in all weathers, for the pleasant scent. 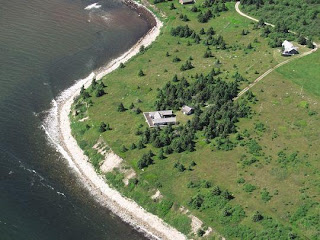 Windswept sold for 1.2 million, with 7.5 acres and 1100 feet of shorefront bordered by a preserve.  Imagine the same property in Montauk....
(Below), the final page of Chase's Windswept journal, wishing the new owners the same happiness she had experienced there. 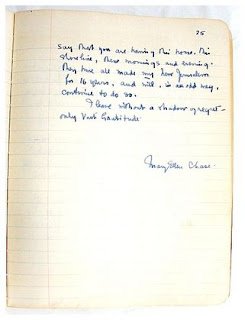 Posted by The Down East Dilettante at 11:52 PM

A heartbreaking post, but I'm glad you came away with a remembrance, the articles will have found a good home.

It amazed me that the new owners didn't even want the notebook. I've realized since starting this blog that I'm more old fashioned than I'd have guessed...

You are hardly alone in feeling old-fashioned about loving old houses and their history. It IS a true shame that the new owners failed to appreciate the significance of the journal and Ms. Chase's attachment to the place. However, thanks to you, we have that honor...

That is why there are people like you...to save and record such things. I adore the dust jacket artwork on the book.

I almost cried after reading this.
I often think when I am gone the things I cherish might not mean a damn thing to anyone. This world is a cold place.
You on the other hand are a true Prince. I hope you have many a fun time at that Table. You
have got soul kiddo.
What a fantastic spotthat house is in. yvonne

This disgusts me. People who buy historic properties like this and do what they did to make me sick to my stomach. I'd kill for an intact property like this, at the very least they could have seen to it the items like the journal went to a museum. No, it's always sell it off to the highest bidder. Why buy the property if you don't want what the property offers? Leave it to someone will cherish it intact and go find something else, most likely it was an out of state buyer too. I just cannot fathom people who don't appreciate history. What souless persons they must be. We are slowly loosing our twentieth (sp) century history, nothing is being saved, no house museums, nothing. A hundred years from now our musuems will be empty and there will be no culture to study for the 1900's because it wasn't saved. I don't know how to post on here with a nic or a name, but I'm not ashamed to use my real name: Steven Burr

I am so saddened to have read this. For 20 years, my family owned the home next to Windswept and cherished the history of Mary Ellen Chase. I am appalled that the new owners could do this.