Preamble:  This is not going to be an autobiographical  'this is where I ate today' sort of blog----I have other fish to fry---but by way of introduction, a little background seems in order.  Although the following makes me sound ancient and cocooned (he said defensively), I'm in fact only in my fifties (again defensively), and tend to mostly live in the moment.  That said........
I grew up in a classic Maine village, of a type that now exists mostly in postcard memory---you know the sort---romantic, remote, with white steeples, rocky harbor, elm trees shading the Federal & Greek Revival houses lining the streets.  My childhood was soon enough after the great depression and WWII that we were still in something of a time warp, with unpaved side streets, old wooden bridges crossing a former mill stream, abandoned farms with the obligatory lilacs growing next to cellar holes.  The village was insular, with elderly widows and spinster daughters, last vestiges of a Sarah Orne Jewett world, many of them my relatives, inhabiting the old houses.  They worshiped at either the Congregational or the Baptist Churches, sewed for good causes, baked pies, did their wash on Mondays, hanging it outside to dry.  In that pre-feminist world, one heard talk of woman's work and woman's place, but in reality, anything the men could do, the women did too---farming, hunting, repairing the shed, drive the truck, repair the truck.  Oh, and there was gossip to fill long winters.  Much of it revolved around how everyone was related, with people who had died before the civil war still discussed as if they'd just left the room.  At the local schools, some teachers were still graduates of the vanished State Normal Schools, and taught classical curriculum.  The king of school sports was basketball (6'1" by 15, I had no talent for the game, to the dismay of my shorter, more jock-ish schoolmates).  The men worked hard at hard jobs, mostly seasonal---caretaking for summer residents, carpentry, fishing, subsistence farming.  My great great grandfather was lost off the Grand Banks in the early 1880's, a few weeks before my great grandmother, his daughter was born.  All her life she cherished a little crudely carved shelf that he made on the boat, as do I now.  Manners were uniformly genteel and old fashioned, faces and bodies weather worn.  Lest this sound too Ethan Frome by-the-sea, there is far more to the story, and the mix and the extremes made our village a fascinating place to grow up. 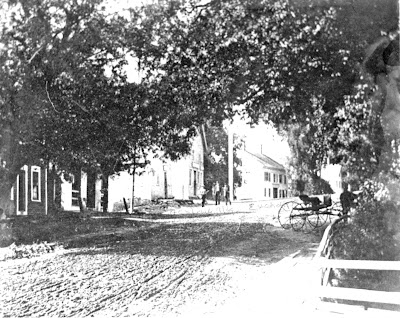 
Culture was important.--the village library was first founded in 1796.  During the Depression, a kind and forceful woman in the village saw to it that our share of WPA money made it to town, and a handsome new building, ever since the center of the community, was built. Today the library rates as one of the to libraries in its class in the country, presided over by a succession of talented directors.  A small and varied summer colony had sprung up beginning in the 1880s, bringing with it music, art, wealth, and a glimpse of a bigger world.  In the same town where one could see smoke curling from the chimney of an unpainted farmhouse in Winter, one could also in summer spy world famous musicians rehearsing, a famous writer or five, the chairman of Standard Oil, heirs to a few Name Brand fortunes, and relatively indigent, dignified college professors.  Sleek sailboats mingled with the lobster boats in the harbor, and large shingled cottages along the shore complemented the tidy architecture of the village. 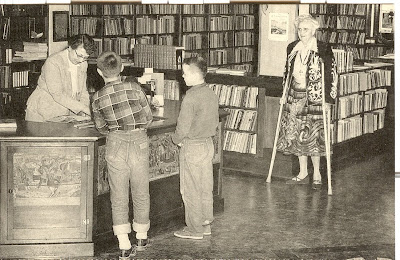 
Against this background, my interests were formed---a love of architecture from the handsome examples all around me; a fascination with interiors born at my great-grandmother's house, where time had stopped before WWI, its seldom used parlor all curios and faded wallpaper and it's kitchen with iron cook stove and sink with hand pump, so much more fun than the modern plumbing at home.  A love of nature and landscape was inherited from my mother, her own intense love of the natural world forged in her childhood exploring the woods and shore around her home.  Finally, a sense of history and heritage from my father,  his history professor brother, and their delightful parents, and of course, from living in a community where the past was always palpable.  A career selling books, and then beautiful things to people who like the same, has led to interesting and enduring friendships and exposure in the design world. 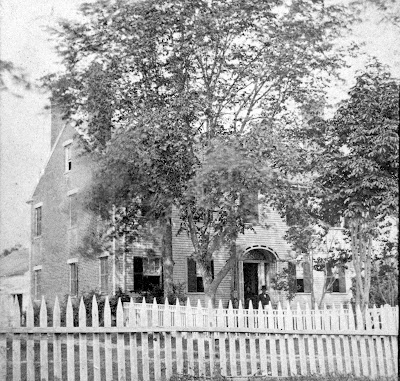 
While much looks the same on the surface, the 21st century has caught up.  We're discovered.  Lattes abound, Radicchio salad, in a fashionable restaurant is as easily, perhaps more easily, found as a baked bean supper.  People from away have settled in droves, prosperity, television, and the internet have brought us in line with the 21st century.  The side streets are paved, good thing given the crushing traffic of summer tourists.  The thrill of crossing a wooden bridge and seeing through the cracks to the rushing stream below is just memory.
My parents were (are) curious and interested about many things, and there were many road trips in my childhood to see anything and everything---rare plants growing in bogs, abandoned Federal houses on remote peninsulas, country auctions, art museums, ancient villages, egret's nests, a stretch of wild coast.  It was a visual feast, and remains so, and I hope this blog passes along some of that discovery and delight to an interested reader or two.
If you've read this far, please stay tuned.  After today, there will be few words about me, and more about things interesting and beautiful, with a New England bias showing----and pictures, lots of pictures.
Posted by The Down East Dilettante at 5:50 PM

I already love your blog...

Thank you so much! I look forward to running into you on the blogosphere, and thanks for commenting

Oh my goodness! What a treasure I have discovered!
I am a decorator from Southern California; (of all places!) I am a third -generation Pasadenan (almost a dinosaur)!
My husband is a second-generation San Franciscan.....who moved to Portland, Maine when his mother married a "Chap from Maine"!
His stepfather was from Machias. They lived in Cape Elizabeth. He went to Choate.
We now live in Montecito, California....near Santa Barbara.
My idol as a decorator has always been Sister Parish. I have been one for 40 years!
Yikes!
LOVE LOVE LOVE your blog! I found it today! Through your comment on AALament!
Oh dear! Thank you so much! YIKES!!!
I may never see daylight!!
Penny Bianchi

ps If you want to see the house we built here.....(I don't have a blog or a website)
if you google "Penny Bianchi" in quotes......you can see pictures of it in 2002 when it was brand new. It is all mossy and looks much older now thank God!

I may never see light of day, either, after discovering this blog this morning! I have enjoyed the DED so much in the NYSD and never suspected he had his own blog. Guilty pleasure indeed!

Your site is really nice and unique. This is one of the best ideas that you had come up for the people and I do hope that they can have a better future.native american flutes

I am always searching online for articles that can help me. There is obviously a lot to know about this. I think you made some good points in Features also. Keep working, great job! poolüberdachungen